It is 46 years since Red Rum claimed the first of his three victories in the world’s most famous steeplechase – successfully defending his crown in 1974 before adding a third in 1977.

Trained by Gordon Elliott, Tiger Roll appeared to hold outstanding claims of claiming a second victory on Merseyside, having looked better than ever in winning his two most recent starts in the Boyne Hurdle at Navan and the Glenfarclas Cross Country Chase – his fourth Cheltenham Festival win.

Davy Russell had the 4-1 favourite well positioned throughout the four-and-a-quarter-mile journey and after moving to the front, he found plenty on the long run-in to claim an historic victory over 66-1 chance Magic Of Light.

Winning owner Michael O’Leary said: “It’s unbelievable. It’s a phenomenal training performance by Gordon. It’s brilliant that he keeps bringing this horse back at Cheltenham better than ever and Aintree better than ever. 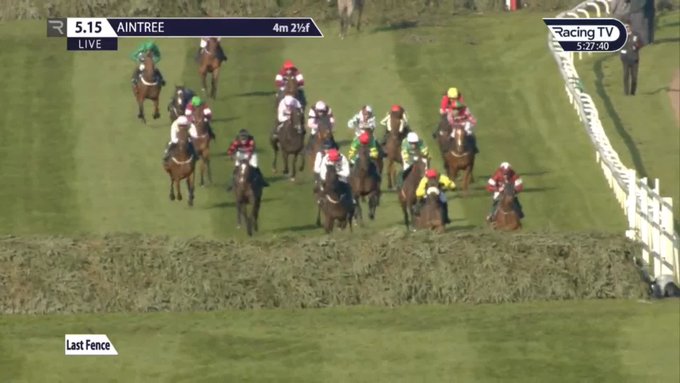 “And what a ride by Davy – fantastic. It’s unbelievable, to win two Grand Nationals is just incredible.

“It’s a great result for the punters as well.”

For much of the way it looked like Ruby Walsh might seal his third National success as his mount Rathvinden raced and jumped with zest on the front end, along with stablemate and last year’s narrowly beaten runner-up Pleasant Company.

However, Tiger Roll was always in their slipstream and it was clear on the run to the final fence that barring accidents he would seal victory, with Russell still motionless in the saddle.

Jessica Harrington’s mare Magic Of Light attempted to chase him down, but Tiger Roll was not for catching and passed the post comfortably ahead.

It was a third National success for Elliott – having first struck gold as a fledgling trainer with Silver Birch in 2007.

END_OF_DOCUMENT_TOKEN_TO_BE_REPLACED

By Court reporter A woman has been convicted of murdering her husband within a flat in Clydebank. Lorna Middleton, 36, was convicted at the High

END_OF_DOCUMENT_TOKEN_TO_BE_REPLACED

By Lucy Ashton Work is complete on two circular gardens which will also form part of patient rehab route at the Queen Elizabeth University Hospital.

END_OF_DOCUMENT_TOKEN_TO_BE_REPLACED

DENTISTRY: REPORT YOUR DENTIST IF HE TELLS YOU TO GO PRIVATE, SAYS SNP MINISTER

By Bill Heaney People are suffering from toothache are finding it hard to get an appointment with their dentist. Labour MSP Sarah Boyack, pictured right,

END_OF_DOCUMENT_TOKEN_TO_BE_REPLACED

NEW RAIL TIMETABLE: A baseline to align the services with the needs of the travelling public