Boris Johnson denies lying to Queen over suspension of parliament 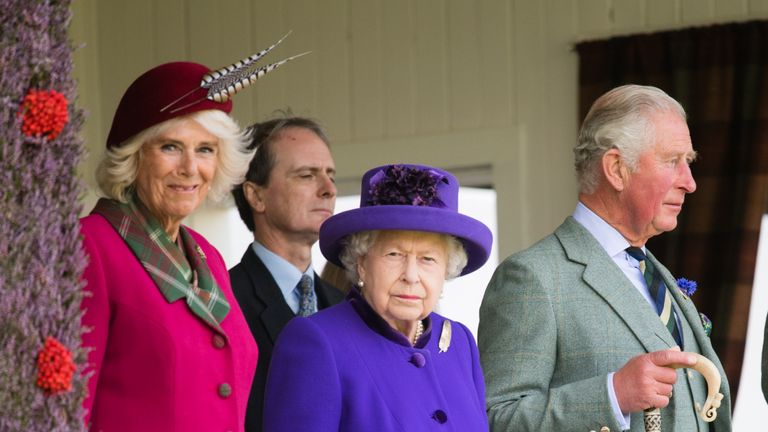 A Scottish court has ruled that the advice to the Queen was ‘unlawful’.

Boris Johnson has denied lying to the Queen over the suspension of parliament, insisting such a suggestion is “absolutely not” true.

The denial from the prime minister comes in the wake of a ruling from the Court of Session in Edinburgh about his decision to prorogue the legislature for five weeks.

After a cross-party legal challenge was launched by opponents of the suspension, the court ruled on Wednesday that the advice given by ministers to the Queen over the shutdown was “unlawful”.

The government is appealing against the decision, with a hearing scheduled for the Supreme Court on Tuesday.

Asked whether he had lied to the monarch, Mr Johnson said: “Absolutely not.  The High Court in England plainly agrees with us but the Supreme Court will have to decide. We need a Queen’s Speech, we need to get on and do all sorts of things at a national level.”

Opponents contend that Mr Johnson has suspended parliament in order to curtail scrutiny of his Brexit strategy in the lead-up to the UK’s currently scheduled exit day of 31 October.

But the PM has maintained that parliament has been prorogued in order to hold a Queen’s Speech and set out his domestic agenda.

“Parliament will have time both before and after that crucial summit [of EU leaders] on October 17th and 18th to talk about the Brexit deal,” Mr Johnson said.

“I’m very hopeful that we will get a deal, as I say, at that crucial summit. We’re working very hard – I’ve been around the European capitals talking to our friends.

Johnson also said he would not “quarrel or criticise” the judges in the Scottish case, after business minister Kwasi Kwarteng came in for criticism for saying that “many people” think judges are biased when it comes to Brexit.

“The British judiciary, the United Kingdom judiciary, is one of the great glories of our constitution – they are independent,” the PM said.

“Believe me, around the world people look at our judges with awe and admiration, so I’m not going to quarrel or criticise the judges.

“Clearly there are two different legal views – the High Court in England had a very different opinion and the Supreme Court will have to adjudicate in the course of the next few days, and I think it’s proper for politicians to let them get on and do that.”

A separate legal challenge was rejected at the High Court in London last week.

Mr Johnson was speaking after the government was forced to release documents relating to its “Operation Yellowhammer” preparations for a no-deal Brexit.

A five-page summary published online on Wednesday warns of the possibility of a rise in public disorder, delays lasting three months at Channel crossings, “significant” electricity price rises and impacts on medicine and food supplies.

The documents were released after opposition MPs defeated the government in a Commons vote on Monday to order their publication.

Mr Johnson sought to downplay the potential impact of Britain leaving the EU without a deal, describing the report as a “worst-case scenario” and saying that the government has been “massively accelerating” preparations since he took office.

“We’re trying to get a deal and I’m very hopeful that we will get a deal with our European friends on October 17th or 18th or thereabouts,” he said.

“What you’re looking at here is just the sensible preparations – the worst-case scenario – that you’d expect any government to do.

“In reality we will certainly be ready for a no-deal Brexit if we have to do it and I stress again that’s not where we intend to end up.”

“Worst of all, the SQA have done this on the basis of each school’s past performance, marking the school not the pupil, and baking in the attainment gap.