Justice Secretary SNP MSP Hamza Yousaf said he was satisfied with the report.

By Chris Musson, Scottish Political Editor in The SUN

MOST polic officers go to work “mentally and physically unwell” and many are turning to booze or prescription drugs as a “coping mechanism”, a shock study has found.

The disturbing findings were revealed today from a major study at stretched Police Scotland, where rising levels of sick leave have emerged against a backdrop of budget cuts.

Independent researchers found nearly three-quarters of cops went to work while “physically unwell” in the past six months – and over a third while “mentally unwell”.

And the study – due to be published in full in the coming weeks – suggested one in ten of Scotland’s 17,000 officers drink alcohol or take prescription drugs “as a coping mechanism”.

“In addition, the vast majority of officers go to work when mentally and physically unwell.”

The Scottish Police Federation said the study had found almost half of officers suffer from exhaustion, one in five experience insomnia and one in ten were hit by skin condition psoriasis, which can be caused by stress or burnout. 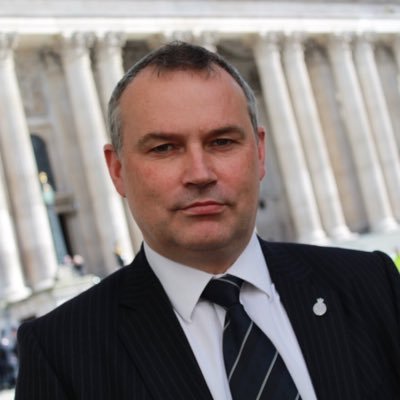 It was revealed by the SPF in correspondence with Scottish Lib Dem leader Willie Rennie, who confronted Nicola Sturgeon in parliament this month with figures showing an 11 per cent rise in mental ill health sick leave taken by officers.

Justice Secretary Humza Yousaf later said he was “very satisfied” with support in place for officers and staff. But the study found just under two-thirds of cops – 64 per cent – said force bosses showed “very little concern” for them, the SPF revealed.

This new research presents a devastating breakdown of the health of Scotland’s police officers.”

And Mr Steele replied that the SNP minister’s verdict was “not shared by the officers and as such it is difficult to understand the basis upon which Mr Yousaf was able to derive that satisfaction”.

Mr Rennie said: “Earlier this month, I challenged the First Minister about the spiralling rates of mental health absences I had uncovered in the police. She didn’t have a solution, and now it emerges that this was just the tip of the iceberg.

“This new research presents a devastating breakdown of the health of Scotland’s police officers. Far too many are exhausted, depressed and being pushed towards alcohol and drugs in order to cope.

“Policing is a rewarding but tough job. However, the extent to which the job is making people unwell is shocking. The conditions they are working in are fundamentally unsafe. The culture is all wrong if people feel they have to be out on the beat when they know they aren’t fit to be there.”

Mr Rennie said Police Scotland and the Justice Secretary must “end their complacency” and “urgently coordinate a new emergency programme of support”.

The SPF is sponsoring the Duxbury research. It said Police Scotland, oversight body the Scottish Police Authority, and other staff associations and unions are on the research advisory group overseeing the work.

The study quizzed around 3,000 officers and respondents reflected the makeup of Police Scotland in terms of rank, sex, age, and length of service, the SPF said.

In its response, Police Scotland made no mention of the Duxbury research but pointed to its own past internal surveys.

Deputy Chief Constable Fiona Taylor said: “The wellbeing of our officers and staff is a priority and we have a range of support mechanisms in place.

“An engagement and well-being survey will be carried early next year.

“Response rates in the previous two surveys were lower than we had hoped for and we will be taking time to encourage as many people as possible to take part in the next one.

“In the meantime, we will continue to work closely with all our staff associations.”

Police Scotland faced more than £170million of cuts it its first three years after its creation in 2013, and is now trying to find more savings due to predicted overspend of £25.1million for 2019-20.

POLITICAL SOLUTION NEEDS TO BE SHAPED BY PEOPLE

The bishops of the Holy Land Co-ordination, including Scotland’s Bishop William Nolan of the Diocese of Galloway, who visit the region every year in support of the local Church to promote dialogue and peace, said they were inspired by the enduring resilience of the people they met in Gaza, East Jerusalem and Ramallah despite the worsening situation.