The bestselling book in Ireland for 2019 revealed

Martin Doyle in The Irish Times 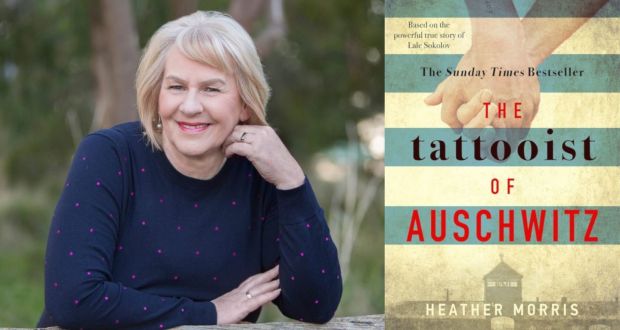 The Tattooist of Auschwitz by Heather Morris, a love story based on a true story

The Tattooist of Auschwitz by Heather Morris, a Holocaust love story based on a true story, is Ireland’s bestselling book for the second year in a row. According to figures released by Nielsen BookScan, which compiles the publishing industry’s official charts, it sold 41,627 copies, earning €489,000.

Sally Rooney’s Normal People, back in the news as one of Barack Obama’s books of the year, came a close second, selling 41,513 copies, earning €536,000. Rooney was also far and away the bestselling Irish author in Britain. Normal People, which is being adapted for BBC Television by Lenny Abrahamson, sold 320,607 copies there, while her debut, Conversations with Friends, sold 104,112 copies in Britain and 12,574 copies in Ireland.

The phenomenally successful Aisling series by Sarah Breen and Emer McLysaght goes from strength to strength. Once, Twice, Three Times an Aisling , sold almost 39,000 copies, earning it third place and €617,000. The first in the series, Oh My God, also sold 21,818 copies; and the second, The Importance of Being Aisling, sold 24,196, meaning the series made over €1.16 million this year.

The most lucrative title of the year in the Irish market, however, was Ordinary Joe, the autobiography of Joe Schmidt. Ireland’s disappointing performance in the Rugby World Cup did not dent the sales figures of its former manager’s book, which made €836,000, selling 31,748 copies to earn fifth place. (Schmidt also had a walk-on part in the title of the latest in the Ross O’Carroll Kelly series. Schmidt Happens sold 23,656 copies.) The Gift of Friends by the late Emma Hannigan sold just over 30,000 copies, earning her sixth place.

Discounting school textbooks, Jeff Kinney’s Wrecking Ball, the 14th title in his Diary of a Wimpy Kind series was Ireland’s fourth most popular book, one of two Kinney titles in the top 20, one fewer than David Walliams, however.

When All Is Said by Anne Griffin was the bestselling Irish debut, selling 27,546 copies to earn ninth place. Other Irish titles in the top 20 were Notes to Self by Emilie Pine (20,388); the Booker Prize winning Milkman by Anna Burns (19,837) and Overcoming; A Memoir by Vicky Phelan (19,006).