Boris Johnston wants to bring in his own TV company.

The Society of Editors has raised concerns after No 10 Downing Street decided to bypass mainstream media broadcasters for the Prime Minister’s address on the eve of Brexit.

Executive Director of the SoE, Ian Murray, said it was never a good move for the government to attempt to cut out the mainstream media to get its message across and it is the public who always loses out.

Downing Street has chosen not to use the BBC or another broadcaster to deliver the Prime Minister’s address to the nation on the day Britain leaves the European Union. In this case, Boris Johnson is choosing to use his personal filming team to film a “fireside chat” which is aimed to warm viewers to the UK’s future after Brexit day.

Instead of the traditional system where a chosen broadcaster would film and then pool the footage, the Prime Minister’s approach has caused friction with the BBC and other broadcasters.

Responding to the latest change to the way Downing Street interacts with the media, the SoE’s Ian Murray voiced his concerns: “While it is not unacceptable that the Prime Minister creates his own video releases to be aired, if wished by broadcasters, this latest development does have worrying overtones of an administration possibly seeking to bypass the mainstream media to achieve an easier ride.

“In a free and liberal democracy it is always best that the government engages with the media rather than attempt to bypass it. In the end, only the public is the loser when open access to those in power is closed off or restricted.” 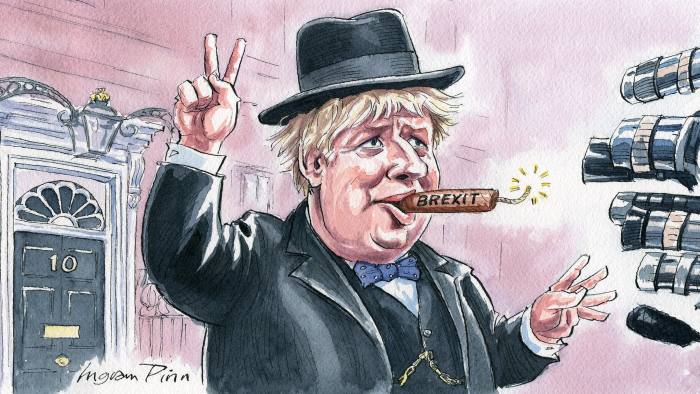 The BBC has also expressed deep scepticism towards the Prime Minister’s decision to reject the usual ‘pool process’, as a spokesman for the BBC said: “There is a long-established process for recording statements by the Prime Minister at significant times where one broadcaster records it and shares the footage.

“The BBC and the other broadcasters are well used to following this usual process, which respects our independence as broadcasters.

“If Number 10 wants to supply its own footage we will judge it on its news value when deciding whether to broadcast it, as we would with any footage supplied to us by third parties.”

This development is the latest in a string of changes made to the way Downing Street interacts with the media. News management is the name of that game.

Earlier this month, the Society of Editors wrote a letter to No 10 signed by all national newspaper editors voicing concerns about changes to Westminster lobby briefings.

Erskine Veteran Steve Wylie finds it difficult to use public transport. Now, Erskine hopes to hit the road after launching a fundraising drive for a

END_OF_DOCUMENT_TOKEN_TO_BE_REPLACED

LAW AND ORDER: 8% of adults were victims of a property crime, and 2% experienced a violent crime

Police on patrol in Dumbarton (top picture by Sean Davenport) and Vale of Leven (bottom picture by Craig Jump of Turkey Red Media). By Democrat

END_OF_DOCUMENT_TOKEN_TO_BE_REPLACED

HMS Spey sets sail past Dumbarton Rock and away from the Clyde as BAE Systems  delivers £635m contract despite coronavirus. By Democrat reporter BAE Systems

END_OF_DOCUMENT_TOKEN_TO_BE_REPLACED

Senior classes need more teachers and bursary scheme is designed to attract them. By Democrat reporter The STEM bursary scheme to encourage more people to

END_OF_DOCUMENT_TOKEN_TO_BE_REPLACED

By Democrat reporter Yesterday in the Scottish Parliament, Scottish Labour tabled an amendment to raise the pay of all social care workers to £15 an

END_OF_DOCUMENT_TOKEN_TO_BE_REPLACED

By Rab McTavish Up to £2.75 million will help people at risk from drug-related harm stay connected to life-saving services during the pandemic and beyond.