Editors condemn exclusion of journalists from briefings and meetings 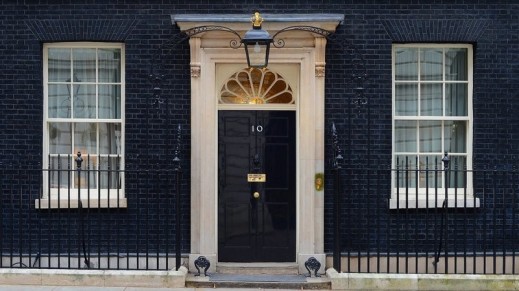 The Society of Editors has condemned Downing Street’s decision to bar journalists from an ‘inner lobby’ briefing, in a move that reflects the Society’s recent fears that moving the lobby briefings to Downing Street would allow the government to pick and choose which news outlets receive information.

Bill Heaney, Editor of The Democrat, has also asked the Society, of which he is a n Emeritus member, to investigate his situation with West Dunbartonshire Council where the SNP administration have banned and boycotted him in similar circumstances. Heaney is also a Life Member of the National Union of Journalists.

He said: “The Council refuse to send their media releases or invitations to events to me since I raised the matter of the press and public’s inability to hear what was happening at their meetings. I have been excluded from and locked out of meetings in Dumbarton and Clydebank. There is no press bench in either of these ‘chambers’ and it is impossible to see from the public benches the faces of the persons who are speaking.

“I told them on one occasion when they tried to throw me out of a meeting that if they wanted that to happen they would have to call the police. They backed down. Of course they backed down because they know they are in the wrong.

“They also want me to join IPSO, a regulatory body, in order to prove my bona fides as a journalist since I edited the Lennox Herald and the Reporter at different times during my 60-year career. They seem not to realise that my job is not to make friends of influential people, but to hold power to account as I have always done.

“Scotland used to be a free country where freedom of the press to report and comment were greatly valued, and Publish and Be Damned was the clarion call of editors of all political hues and a variety of opinions.

“However, under the Tories led by Boris Johnston, who is wound up from the back by the notorious spin doctor Dominic Cummings, and the SNP, led by Nicola Sturgeon, it has rapidly become anti-democratic.

Meanwhile, according to Daily Mirror Political Editor, Pippa Crerar, around 12 journalists from selected outlets such as the FT, The Sun and Telegraph had received an official invitation to attend a briefing with David Frost, European adviser, to discuss the Prime Minister’s trade plans post-Brexit.

On arrival, those who were not on the official invite list were forced to stand on the opposite side of the foyer. Reportedly, Downing Street’s head of communications Lee Cain told journalists: “Those who are invited to the briefing can stay, everyone else I’m afraid will have to leave.” In response to the lobby journalists’ outrage, he added “we’re welcome to brief whoever we like”.

Journalists, both invited and barred, then staged a walkout from the briefing in protest. Those involved in the walkout included reporters such as the BBC’s Laura Kuenssberg , left, and Sky News’ Beth Rigby.

Ian Murray, Executive Director of the Society of Editors, said: “Just three weeks ago, the Society of Editors sent an open letter signed by all national newspaper editors to Downing Street calling for No 10 to safeguard press freedom with assurances that no news organisation or journalist would be barred from entering Downing Street under the new arrangements for the lobby briefings. We did not receive a formal reply from No 10.

“Yesterday’s events confirm the Society’s concerns for press freedom are very real. As a direct result of this change to the lobby system, reporters from the Mirror, i, Politics Home and HuffPost – amongst others – had been barred entry from the briefing.

“The Society of Editors commends the collective action of lobby journalists to walk out of the briefing and all eyes are on No 10 to make a swift turnaround of their decision. Yesterday’s actions are very much at odds with the pledges made for freedom of expression by the Prime Minister in his Queen’s speech in December.”

This is the latest in a run of problematic media encounters by the new administration. On Thursday of last week, the SoE expressed concern at No 10 bypassing mainstream media broadcasters to use the Prime Minister’s personal videographer for his Brexit Day address.

Heaney, who is an author of local books, has won the Scotland’s Weekly Journalist of the Year Award three times and was drafted in to the First Minister’s office as a special adviser on weekly and regional newspapers, said: “The SNP used to have a slogan which said ‘It’s Time’. It’s time they woke up and did something to bring about an end to this.”

This essential new history of the Irish state is a study of Ireland’s international profile on the world stage, rather than its party politics. Against a global backdrop, it offers a fresh and analytical study of the origins of the Irish state, the Irish revolution and the growth of Irish diplomacy, from just six consulates in the 1920s to over sixty embassies by the 2010s.

ALFREDO: RED CARDS ALL ROUND FOR RANGERS’ COACHES 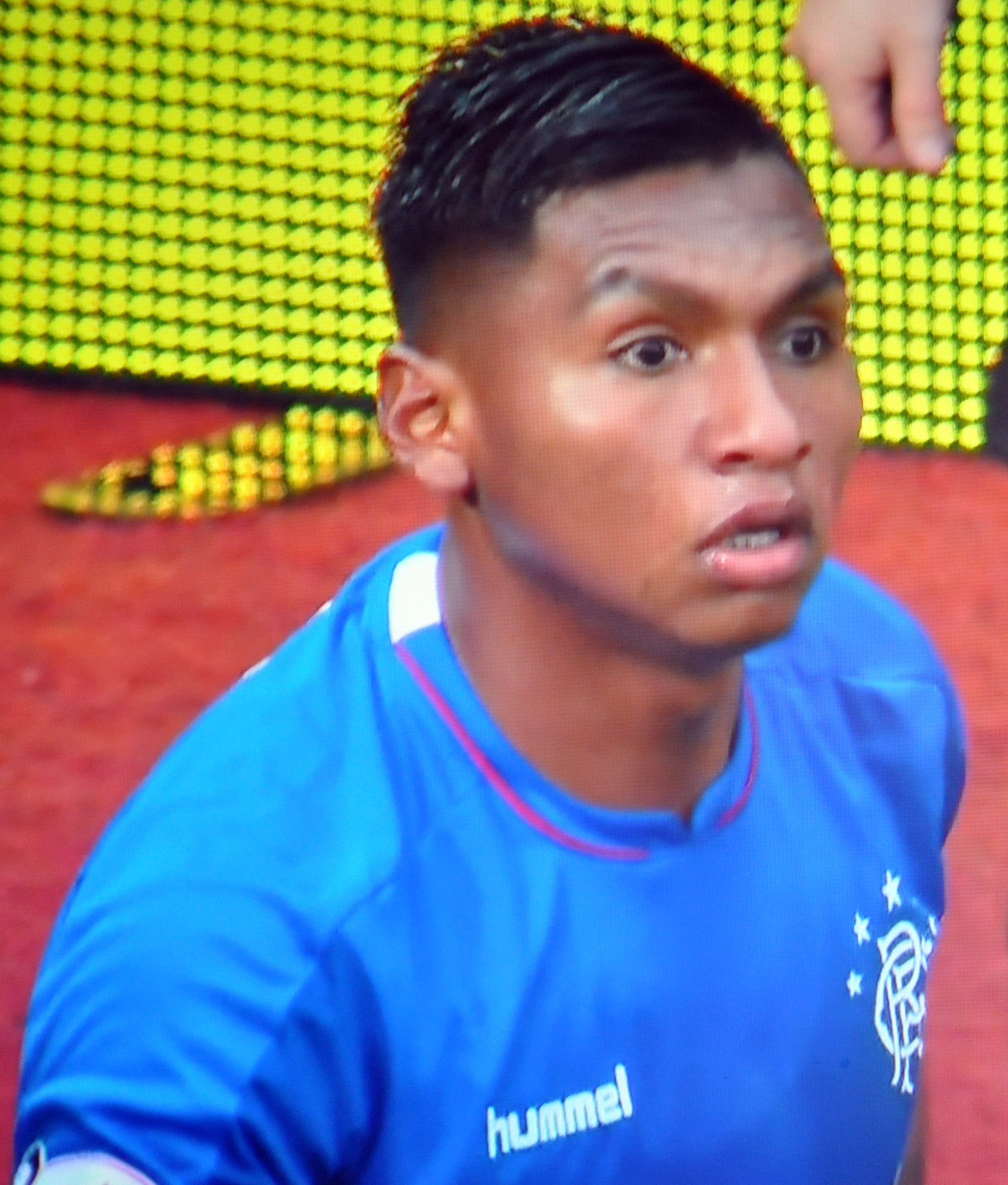 Rangers have been fined £15,000 by the Scottish FA for failing to act in an “orderly fashion” in games against Celtic and Hibernian in December. 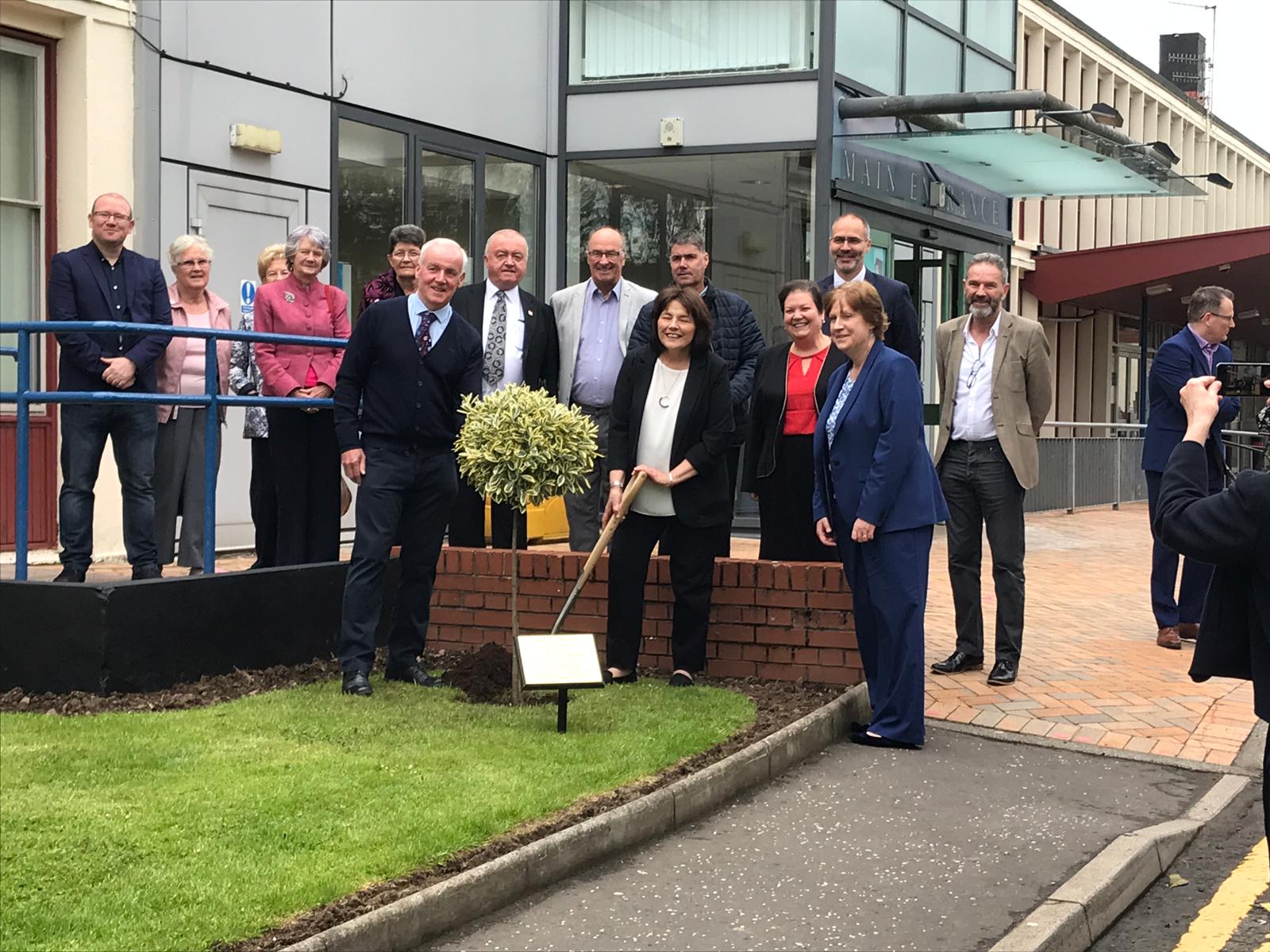 Jackie Baillie has demanded the two most senior officials at the local NHS Health Board in Glasgow are sacked following a series of hospital scandals. And, doubtless, The MSP wouldn’t mind a bit of Jeane Freeman, the SNP Cabinet Secretary for Health, went with them 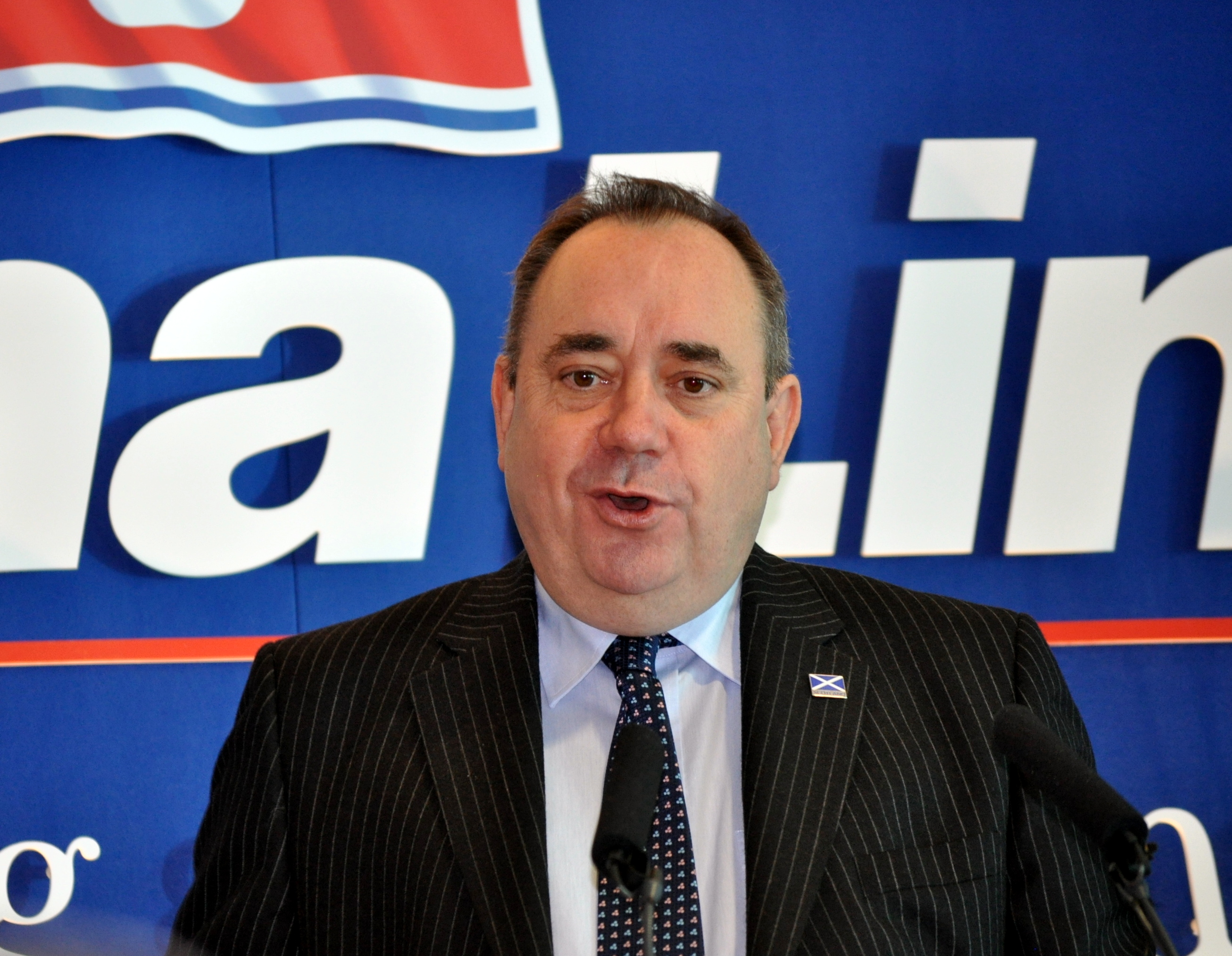 We always need to be careful about the motivations of making law as a result of one case, but the Derek Mackay pictured above,  controversy throws light on an important weakness in our parliamentary procedures. He has resigned as a Government minister, pocketed £12,000 ministerial severance payment paid by taxpayers, and is failing in the job he was elected to do – to represent his constituents. If he is not charged by the authorities, there is no current mechanism to get rid of him as a MSP until the next Scottish Parliament election, with him being paid £63,579 per annum in the meantime.

Heart doctors ‘held back stent death data’ By Deborah Cohen and Ed Brown  on BBC Newsnight The Golden Jubilee Hospital in Clydebank is recognised as the main hospital for heart surgery for patients in West Dunbartonshire. It was NOT the hospital where these trials took place. Doctors working on a clinical trial for treatment of […] 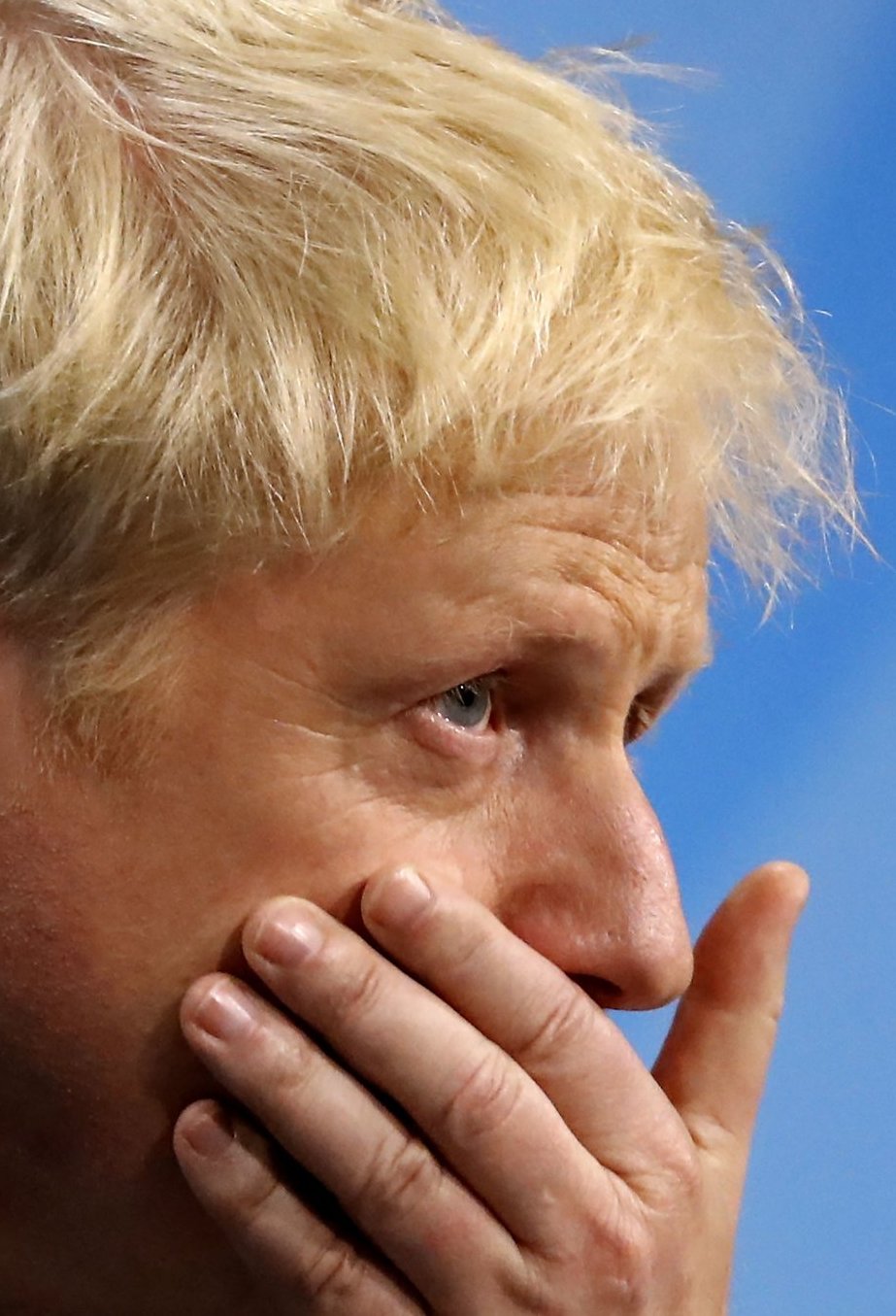 In a plan that would change the face of British broadcasting, senior aides to the prime minister insisted that they are “not bluffing” about changing the BBC’s funding model and “pruning” its reach into people’s homes. The blueprint being drawn up in government will scrap the licence fee and replace it with a subscription model, and force the BBC to sell off the vast majority of its 61 radio stations but safeguard Radio 3 and Radio 4