Scottish pubs and restaurants to reopen in July

Central Bar in Renton and the Glencairn in Dumbarton, inside and out, with Jackie Baillie, publican Tom Murray and Neil Bibby. Pictures by Bill Heaney

People in West Dunbartonshire and Argyll will be allowed to meet up with two other households indoors from 10 July and pubs and restaurants can re-open from 15 July.

First Minister Nicola Sturgeon also said the five-mile travel limit will be lifted from 3 July, while beer gardens can re-open from 6 July.

Cheers went up in parliament as she added  that hairdressers and barbers can open from 15 July, as can holiday accommodation.

Ms Sturgeon said the move was possible thanks to the “real sustained progress” made in suppressing coronavirus.

But she said the changes depended on keeping the virus under control, and could be reversed if there was a fresh outbreak.

And they will not apply to people who are shielding, who will be given further advice “before the end of July”.

The first minister was speaking as new data showed that the coronavirus death rate has continued to fall for the eighth week in a row, with Ms Sturgeon saying these “clear trends” meant “firmer milestones” for the journey out of lockdown could be set.

Advisers are still reviewing whether the 2m (6ft 6in) physical distancing rule should be eased, but a range of different shops and services can now begin planning for re-opening in mid-July.

The government’s revised route map said shopping centres and dental practices could fully re-open from 13 July, while optometrists can begin to scale up work. 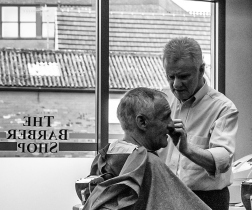 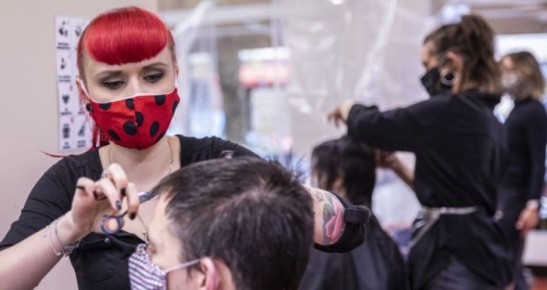 From 15 July, all holiday accommodation can open up, along with indoor areas of pubs and restaurants and hairdressers and barbers. These moves depend on safety measures being put in place, and hospitality businesses will have to retain contact details for customers for four weeks.

Museums, galleries, cinemas and libraries will be allowed to resume business from the same date, as long as physical distancing and other safety measures are enforced.

However live entertainment venues like theatres, nightclubs and bingo halls “will not re-open until a later date”, while “further consideration” is being given to the opening of indoor gyms and restrictions on weddings and funerals.

Here are some dates for your lockdown diary:

6 July – Outdoor hospitality such as beer gardens can reopen

13 July – Shopping centres can reopen, organised outdoor contact sports for children can resume, dentists can reopen for most routine care

15 July – Pubs, restaurants and all holiday accommodation can reopen, as can hairdressers, barbers, museums, cinemas, libraries and childcare

Ministers have already announced that they are planning for schools to return full-time from 11 August with no physical distancing between pupils.

Ms Sturgeon said that on 1 May, it was estimated that about 25,000 people in Scotland had the virus – but that she expected that figure to be “around 2,000” when new figures are published on Thursday.

She said this was “down to people doing the right thing and following the rules”, saying: “The sacrifices that have been made have suppressed the virus, protected the NHS and undoubtedly saved a significant number of lives.”

The first minister said Scots “must not be complacent” about the dangers of Covid-19, but said if progress continued to be made then “the prize is getting greater normality back in our lives, maybe more quickly than we would have envisaged a few weeks ago”.

Many of the changes mirror those announced for England by Prime Minister Boris Johnson on Tuesday, but with dates around two weeks later.

Ms Sturgeon accepted that Scotland’s pace in exiting lockdown “is slightly slower than England’s”, saying this was “in my view right for our circumstances and I hope more likely to be sustainable than if we went faster”.

The Scottish Conservatives said the delay “will cost millions at a time when thousands of jobs are already on the line”, saying that “Scotland has to look on while the rest of the UK and Europe resumes normal life”.

Ms Sturgeon said she was not prepared to take part in “some kind of reckless race” with other parts of the country, saying opposition attacks were “grubby political opportunism at a time of national crisis”.

She added that each step towards easing lockdown “depends on us continuing to beat the virus back” and could potentially be reversed.

She said: “Our challenge, not an easy one, is to manage all of this change while keeping the virus firmly under control. If at any stage there appears to be a risk of its resurgence, our path out of lockdown will be halted and we may even have to go backwards.

“To avoid that, we must get as close as possible to elimination of the virus now, and build confidence in our ability to control it in future through surveillance, testing, contact tracing and, where necessary, targeted suppression measures.”

Information leaflets about the government’s contact tracing system are being delivered to every household in Scotland, while ministers are considering whether to make face coverings mandatory in shops.