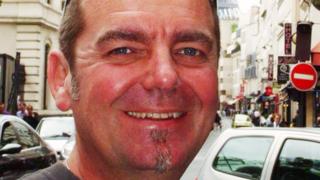 Captain David Traill’s partner said the inquiry’s determination did no justice to his reputation or the memories of nine others killed.

BBC Scotland is reporting that the fiancee of the helicopter pilot who died in the Clutha crash has described the fatal accident inquiry’s findings as “distressing and incomprehensible”.

Dr Lucy Thomas said she felt compelled to respond after Sheriff Principal Craig Turnbull “opted to sully the distinguished reputation” of the pilot.

The police helicopter crashed into the Glasgow bar’s roof on 29 November 2013.

The tragedy claimed the lives of the pilot, his two crew members and seven customers in the pub.

Sheriff Principal Turnbull said the tragedy happened because 51-year-old Captain David Traill had ignored the five warnings he received during the flight.

He said that was a “conscious decision” which had “fatal consequences” for the 10 people who died.

Dr Thomas, who was engaged to Captain Traill, broke almost six years of media silence on the incident with a public statement.

She said: “Such is my strength of feeling since the sheriff principal’s determination on the fatal accident inquiry into the Clutha helicopter crash, I feel compelled to make this statement.

“I am overwhelmed by the support that I have received from so many people, many of whom don’t know me and didn’t know Dave. I am eternally grateful for this.

“It is my understanding that due to misleading information from the aircraft fuel gauge and display system, Dave had only moments to make decisions and carry out tasks in an attempt to respond to this issue.”

The manufacturer’s maintenance manual incorrectly said there was three to four-minute flameout time before the helicopter would lose both engines, but in reality he only had 32 seconds, Dr Thomas said.

“That 32 seconds ended in tragedy and the loss of his and nine other valuable lives. This has devastated the lives of all who surround them and impacted on so many more.”

Dr Thomas said the determination did “no justice to the memories” of the nine other people killed in the crash or to the “memory and reputation of Dave Traill”.

“It insults the intelligence of those who know of the evidence presented at the inquiry and are aware of the content of the initial AAIB report,” she added.

The expression of disbelief from many family members of those who died at the conclusion drawn in the inquiry “speaks volumes and means much more to me than the opinion of the sheriff principal”, she said.

“I find it distressing and incomprehensible that given months, not moments, to consider the facts, the sheriff principal has come to this conclusion.”

Dr Thomas pointed out the EC135 model of helicopter’s “history of faults with the caution advisory display” amongst other technical problems such as contamination of the fuel tanks, which she said were never fully resolved by the manufacturer.

“Instead, the sheriff principal has opted to sully the distinguished reputation of a pilot with an exemplary record who was renowned for his sense of responsibility and his regard for the safety of his crew,” she said.

“The opportunity for closure and maybe some peace for so many people has been denied.”

Following the 32-day inquiry, which heard testimony from families, experts and eyewitnesses, Mr O’Prey’s father Ian said he was “really angry” at the inquiry’s findings and that Captain Traill had been made “a fall guy”.

The Clutha’s owner, Alan Crossan, also expressed “shock and disappointment” at the report and how “brutal” it had been towards Capt Traill.

In his findings, Sheriff Turnbull said there was “no doubt” that the crash had happened because the helicopter’s engines “flamed out” due to a lack of fuel.

The fuel supply tanks had been depleted because Capt Traill had failed to ensure that at least one of the aircraft’s fuel transfer pump switches was on.

“The central question for the inquiry is why did that happen?” said Sheriff Turnbull.

“The answer is a simple one. Captain Traill ignored the low fuel warnings he received.”

The apprenticeship levy was introduced back in April 2017, with no consultation of the Scottish Government, despite apprenticeships and skills being devolved. So far, the UK Government has resisted calls from employers to suspend the levy during the pandemic.

STURGEON SAYS NO TO GRANDPARENTS WATCHING THE GRANDWEANS

The new guidelines that were issued for childminders who are returning to work state that they can take children from four separate households. The Scottish Government has yet to issue guidelines on grandparents who are responsible for the childcare of their grandchildren.

Mr Harvie told the Holyrood parliament: “As if the pandemic itself was not enough to deal with, the world is watching with horror events in the United States, where systematic police brutality is being endorsed and encouraged by racism at the highest political level.

“Why are care homes being failed again? Surely, by now, mobile testing teams or general practitioners should have visited every care home in Scotland. Is the First Minister’s Government not letting care homes down all over again?”

CARE HOMES DEATHS ARE 52 PER CENT OF THE TOTAL

The FM said: “In my view, the figures reinforce the decision that we took last week to ease some lockdown restrictions but to do so very slowly and carefully.

Two secondary schools in Argyll and Bute are leading the way in Scottish education when it comes to delivering remote, digital learning opportunities.

“The Submarine Service is a service like no other. Once you earn your dolphins, you become part of a special team and I cannot wait to become part of that.”