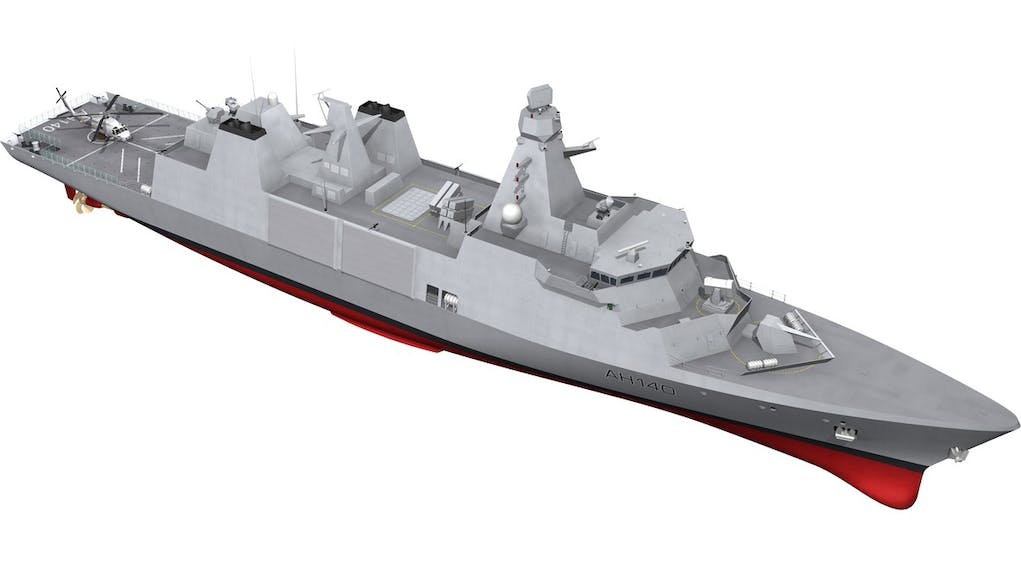 The frigates will be assembled at the Babcock facility in Rosyth, news of this award has driven up Babcock share prices according to financial outlets.

Earlier in the year, it was announced that Babcock was the preferred bidder to build five Type 31e Frigates for the Royal Navy in Rosyth, Scotland.

Babcock’s consortium beat a BAE-led team and another led by Atlas Elektronik UK to clinch the £1.25bn deal for five ships.

The Type 31e Frigate is expected to sit at 5,700 tonnes and 138.7 metres in length, for a more in-depth look at the design of the vessel please click here.

According to Babcock in a statement earlier in the year:

“Following a comprehensive competitive process, Arrowhead 140, a capable, adaptable and technology-enabled global frigate will be the UK Royal Navy’s newest class of warships, with the first ship scheduled for launch in 2023.

“At its height the programme will maximise a workforce of around 1250 highly- skilled roles in multiple locations throughout the UK, with around 150 new technical apprenticeships likely to be developed. The work is expected to support an additional 1250 roles within the wider UK supply chain.

“With Babcock’s Rosyth facility as the central integration site, the solution provides value for money and squarely supports the principles of the National Shipbuilding Strategy. It builds on the knowledge and expertise developed during the Queen Elizabeth aircraft carrier modular build programme.”

Babcock had previously warned that 450 jobs could be lost at Rosyth if it didn’t get the work.