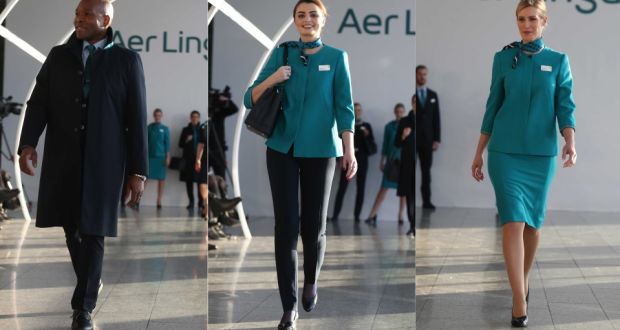 By Deirdre McQuillan of the Irish Times

Aer Lingus cabin and ground crew members took to the catwalk at the CHQ building in Dublin on Wednesday morning for the unveiling of their new uniforms designed by Louise Kennedy. The uniforms will make their debut on over 4,000 cabin and ground crew on Monday, February 10th. “We are expanding our airline in new ways and into new places and the uniforms are one of the most important visual expressions of what we are about as an airline and that plays on our heritage,” Aer Lingus CEO Sean Doyle said at the event.

Last updated 22 years ago by Kennedy, the redesigned uniform includes a navy trouser option for the first time for the female crew and a dress for only the second time. Green remains a signature colour now in a shade called Kenmare Green, with a lot more navy. The male crew’s former flannel jackets and grey trousers have been replaced by a smart navy suit.

The uniform, classic and contemporary, consists of 25 pieces giving crew and ground staff a greater variety of styles from which to choose. That includes new jacket and coat designs for male crew with easy care blue shirts and clip on ties and for female crew, jackets with three quarter length sleeves, skirts, navy tops and cardigans and a navy hooded showerproof coat. Accessories include a chain handle navy tote, navy leather shoes with patent toes, ballerina flats for on board and a necktie with shamrock motifs.

Grooming diktats in relation to hair and make-up have also been relaxed.  The culmination of a two-year project between Aer Lingus and Louise Kennedy and her team led by Aoife Conroy, the redesigned uniform involved extensive research, engagement with staff and workshops as well as testing in different climates. Kennedy pointed out that the biggest challenges were covering the size of ranges (12 sizes from 6-26) and working within budgetary and safety constraints. “It was all about fit, comfort and durability” said Kennedy. 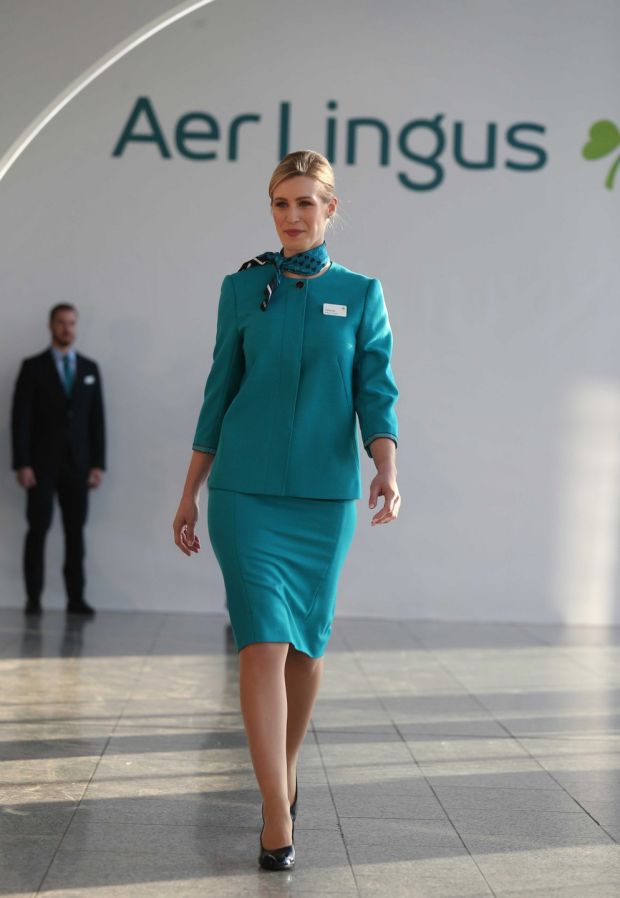 “The uniform should reflect the core values of the brand and the airline it is today and should look professional but also modern” she said. “The airline has changed but so has fashion. The emotion the uniform evokes in the US where there is such a recognition amongst Irish people when they see the shamrock and the crew, they feel they are already home. We are proud to work with a brand that we hold in such high esteem and the most established internationally. I think we have kept the identity and the importance of keeping the green,” said Kennedy.

On the evening of Easter Sunday, Christians are invited to join in prayer at 7pm. We will be providing a prayer in both English and Gaelic which will be available from Friday evening on the Church of Scotland website.

This week, Jackie Baillie also raised concerns over the growing number of care home patients who were dying as a result of the virus. She warned that these numbers would continue to grow if serious action wasn’t taken.

The family of the first person from Dumbarton to die in the coronavirus pandemic have asked that we respect their privacy at this stressful time, and we are doing that. However, below, is the text of the homily given by Canon Gerry Conroy during the service at St Patrick’s Church on Wednesday morning to give […]

Mr Rennie said:  “People who are self-isolating or shielding others are running out of cash because they can’t get to the bank and some don’t have internet access.

VIRUS: ARGYLL AND BUTE LEADER UPBEAT ABOUT IT

people most at risk from COVID-19. More than that, local people are looking out for their neighbours and friends in different ways to help ensure that isolating doesn’t mean being isolated. This community spirit is something we should all be proud of in Argyll and Bute.

VIRUS: THE VAN MAN COMETH NOT

The Scottish Government has not responded to a request to comment. However it told The Times that a list would be shared with supermarkets next week to allow deliveries to start.