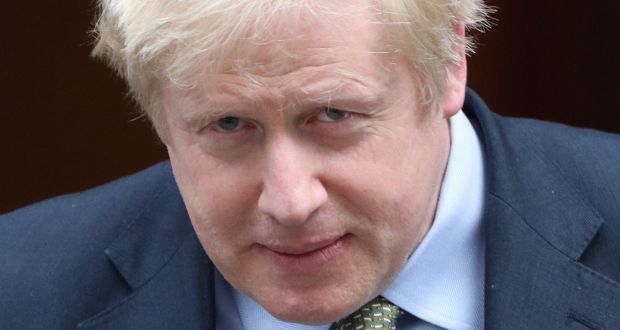 By Fintan O’Toole of the Irish Times

A line from the old gambler’s lament takes a whole new twist: “Wherever I roll the dice/ The blues run the game.”

Boris Johnson is an opportunist and a gambler. He made a huge, even reckless, bet by deciding to put all his chips on the opportunity to sweep up seats in Labour’s heartlands in the English midlands and north.

The stakes were breathtakingly high. If he lost, Johnson faced not just personal ignominy but the likely collapse of the whole Brexit project. But he has scooped the pot.

The Tory Blues now run the game. The so-called Red Wall is scarlet with the draining lifeblood of the Labour movement.

Its great ritual of ancestral faith, the Durham miners’ gala, will, as Michael Gove boasted at the hour of victory, now be held on Conservative terrain.

Like all gamblers, Johnson needed luck and his came in the form of his opponents in England.

Jo Swinson – hubris cost her a seat in Westminster at LibDem leadership.

Nigel Farage’s Brexit Party melted down in the heat of its own contradictions. The forces of Remain failed to cohere around an electoral strategy and divided they fell.

The hubris of the Liberal Democrats’ claims that Jo Swinson could become prime minister and cancel Brexit without another referendum made her look ridiculous.

As a result, she could not even hold her own seat, let alone seize Tory seats in Remain constituencies in the south and west of England.

In Labour, the protective shield of adoration around Jeremy Corbyn was a forcefield of denial. It has been blindingly obvious for the last 18 months that Corbyn had zero chance of winning the election and that there was a very high risk of a catastrophic defeat.

But merely to acknowledge this reality was, for true believers, anathema. It was much more noble to keep marching towards the abyss than to think about how to beat a Tory party that has devastated communities and public services, and created the chaos of Brexit, in an election that should have been Labour’s for the taking.

So Johnson has his conquest.

It is a new way to win a landslide: create an intolerable situation and then promise to end it. Get Brexit Done was a torturer’s slogan – give me what I want and the pain goes away. It traded Independence Day for I’m Sick of Brexit, Get Me Out of Here.

And, in a very narrow sense, Brexit will indeed be done. The UK will leave the EU on January 31st, 2020. What happens next is, of course, the question not to be asked.

Leaving the EU as one United Kingdom as Johnson put it in his victory speech, is a verbal blanket thrown over the naked truth that Brexit is destroying whatever unity there was

Johnson has won a strange kind of victory. It has created a stable majority for a very unstable character. Johnson will not become any less of a chancer. The focus groups of Labour voters in those battleground constituencies that so accurately foreshadowed the result showed them using words like “liar”, “buffoon” and even “idiot” about Johnson – but still saying they liked him and would vote for him.

This is new territory and we have no idea how long this weird effect will last or whether the “Boris” shtick – that frayed so alarmingly during the campaign that he had to be hidden away from scrutiny – will hold together.

Moreover, the sweeping nature of Johnson’s victory cannot sweep under the carpet two huge divisions. One thing that is easy to miss is that parties supporting a second referendum on Brexit actually won a majority of the votes. If this was “the Brexit election”, it was one that showed how bitterly divisive the question remains.

This is indeed one of the reasons for Labour’s night of the long knives. Corbyn’s “neutrality” on an issue on which vanishingly few voters are neutral translated into the worst of both worlds. While all the focus is on Labour’s loss of 10.5 percentage points in strong Leave constituencies, it also lost 6.4 percentage points in strong Remain constituencies.

It was a classic lose-lose strategy and Johnson benefited from it. But the same monster of polarisation that has devoured Corbyn could also consume Johnson’s claim to be a post-Brexit unifier.

He has undoubtedly consolidated and unified the pro-Brexit base. There is now only one Brexit Party – and it is the Tories. But he faces a fierce dilemma. Does he play to that base by pushing for a quick, hard exit from the EU with only a minimal trade deal, even knowing that there is no majority in the country for such a radical break?

Or does he accept the logic of a profoundly divided society and seek a compromise: in effect a soft Brexit with the UK staying in the customs union?

Johnson’s pre-prepared slogan (under which he made his victory speech) is now “The People’s Government” and his warm-up man Michael Gove hailed a “victory for the British people”.

Johnson claimed in his speech that “getting Brexit done is now the “irrefutable, inarguable decision of the British people”. This literal populism presages a continuation of the Brexiteer rhetoric of “the people” (which is to say the “real people” who support Brexit) versus the “citizens of nowhere” who don’t. Beneath the veneer of reconciliation is a Trumpian appeal to a toxic tribalism.

But as well as ignoring the Leave/Remain divide, this appeal to “the people” also evades the most obvious question: which people? Does it include the “people of Scotland”, an astonishing three quarters of whom voted for anti-Brexit parties? Does it include “the people of Northern Ireland” in which the only unambiguously pro-Brexit party, the DUP, lost two seats, including that of its Westminster leader Nigel Dodds, and got only 30 per cent of the vote?

“Leaving the EU as one United Kingdom” as Johnson put it in his victory speech, is a verbal blanket thrown over the naked truth that Brexit is destroying whatever unity there was in this kingdom. Gove’s claim that Johnson will “bring our nation together” and Johnson’s own repetition of his supposed “One Nation” credentials hides the reality that the Tory nation is England and what might be called English Wales.

The truth is that the big winner in this election is not nationalism but nationalisms. It is the English nationalism at the core of Brexit; the Scottish nationalism expressed in the SNP’s triumph in Scotland; and the Irish nationalism that has delivered the seismic outcome in Northern Ireland of a majority of Westminster seats going to non-unionist parties. Nationalisms are mutually exclusive. The Leave voters of England who have given Johnson his triumph have made it abundantly clear that they are content to see the breakup of the Union if it means they get the great prize of Brexit.

They have just taken a giant step towards achieving both.

WESTERING HOME AND A SONG IN THE AIR

This is what the sky looked like looking West from West Bridgend, taking in Dumbarton Rock, Levengrove Park and the Renfrewshire Hills at Langbank.

SPRINGTIME IS JUST AROUND THE CORNER

Gardening question: Is this outside? I’ve been given 4 of these and I am nervous about putting them out just now. Do you think I should wait until spring and then put them out? Kay says:  This lives outside all the year round – it’s a Christmas Hellebore ( I think). Dies down on in […]

After all that rain, we deserve some fine weather in Dumbarton. Carolynn Bowman has been out and about walking near her home in Kirktonhill this evening. She brought home the goods in the form of these terrific sunset photographs and watched some ships pass on the River Clyde. The weather forecast on BBC CountryFile is […]

I offer contrasting cameos to illustrate why this might be happening. Last Saturday, an indeterminate number of people splashed their way through Glasgow, waving flags. (Incidentally, should Scotland’s Education and Justice Ministers really be sharing a march with banners which denounce opponents as ‘scum’ and “c`***s’?

In the end, it took just over a week for Prince Harry to announce and finalise the terms of his exit from the royal family. The settlement: he and Meghan have agreed to give up their ‘royal highness’ titles . They’ll still be entitled to them, but won’t use them. They’ll perform no more royal duties and – ergo – receive no more taxpayers’ money. Moreover, they’ll refund the £2.4 million cost of refurbishing Frogmore Cottage in Windsor, which they’ll keep as their UK home.

HEALTH BOARD STATEMENT ON HOSPITAL DEATHS

Our thoughts and sympathies remain with the families of two patients who were treated for a Cryptococcus infection and sadly later died. The safety of our patients is at the centre of everything we do and we encourage any family with any question or concern to speak to a member of staff so that this can be responded to personally.

THEY USED TO LOVE IT, BUT IT’S ALL OVER NOW

Dumbarton didn’t even get a mention despite the fact that they were supposed to be also the Earl and Countess of Dumbarton, where they have never so much as visited since their wedding two years ago.

NOT THIS WEATHER, IT DOESN’T …